Free Shipping on Orders Over $30 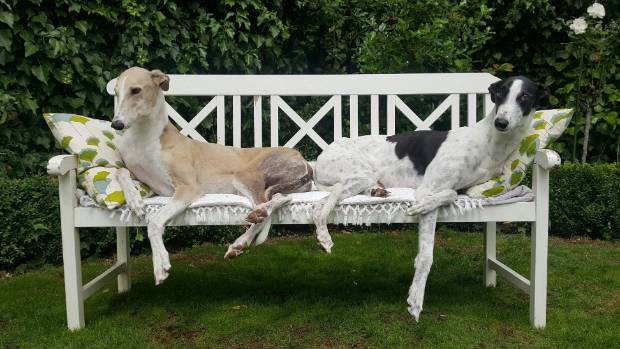 OPINION: Not much good comes from a case of man-flu, but I've proven that's not always the case. So it was a little over two years ago, lying in bed, raided by a virus of all productive energy.

Frustrated and bored with my futile trawling through the Internet I set my weakened self on a usually unapproachable task. One which even at my very strongest, in a form of self-protection, I'd usually cower from. I was going to find a new family dog.

Time heals all wounds, but it was seven years prior when I said goodbye to my last dog after 15 years with her, and it still hurt more like seven days. She was a $20 mongrel, weaned too early at four weeks. So small she almost disappeared down the crack in the bench seat of our Mk 1 Cortina on the way home. Fifteen fabulous years loved like our first child. 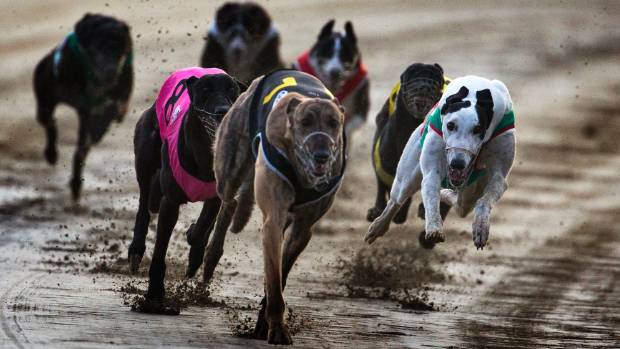 Greyhound racing during Cup and Show week at Addington. A recent report says 1447 greyhounds have been euthanised in just four years.

Maybe healing was happening though. In my weakened state I could take the first step. The role of the family dog had been vacant too long, and there was a backlog of dog tasks that weren't getting done.

​Being an engineer, even dog selection is a matter for analysis. Behind a shield of Panadol and Ibuprofen, I mowed through the research in quick time. The result was as clear as it was unexpected. Everything double checked, assumptions all good, nothing missed. Same result. My next dog was going to be a greyhound. 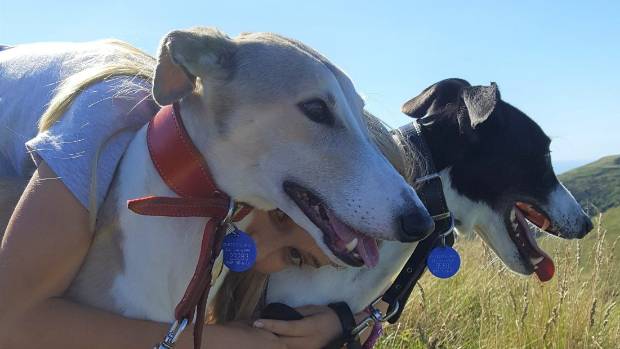 Gaining physical strength through the day, I had a feeling of real accomplishment. Upon her arrival home I burst out to my wife that I had great news. For a moment it struck me that she thought I'd found Jesus, and not wanting to cause alarm, I quickly followed that I'd found the right dog for our family. She beamed a smile, perhaps of relief, prompting me to continue. The answer struck my vulnerable self a cruel blow. "Yes a dog, but no way a greyhound!".

Family decisions are a numbers game though. We have three children, all animal lovers. I could easily get the numbers.

With the last of our three children just coming out of the destroy everything stage, we were beginning to see potential for a life with some degree of household order. What kind of masochism had I succumbed to that I was advocating adopting a 30 kilogram muscle-bound kennel-raised dog? One that was accustomed to getting about at over the legal driving speed, on its own paws? Had the man-flu virus got to my head? Not at all.

Invigorated and emboldened by a sense of needing to right a wrong, I set about subjecting my family to a Youtube-based greyhound educational correction program. They crumbled even faster than I'd hoped. The greyhound rarely gets a second look, and as it turns out that's all they need to show who they really are.

Being that all greyhounds are retired racers I was uneasy about the adoption. I know this industry causes the suffering of way too many dogs. Was I to become an unwitting part of this system that I deplore? I never did get an answer to this, but thanks to the incredible people who dedicate themselves selflessly to the adoption process, I did get my first greyhound.

Snoopy, chosen because it was the most un-racing like name we could think of, escaped his concrete solitary confinement kennel at not yet two years of age. He'd run only a handful of races, and he even won one which I'm strangely proud of. He wasn't a money maker though, so his days were numbered.

The dog racing industry sing that the dogs love to run, as if that's a justification for the whole affair. If they really had the will of dogs at heart in this way they'd also be breeding labradors for competitive pie eating races. The lab I had as a child could have been champion breeding stock.

One of the many fabulous traits of the greyhound is their adaptability. Perhaps the best example of this is their relationship with the couch. They go from couch obliviousness to being almost an integral part of the couch in a matter of days. With an abundance of bony corners, and sloth-like sleeping habits, the couch really is their natural environment.

For a while Snoopy avoided the soft comfort of our bed. He didn't seem to have the strength to get his back legs onto it. We wondered if that's why he wasn't a great racer. Then one lying-in morning he appeared to drop into the middle of the bed from the ceiling in what we've subsequently called the helicopter manoeuvre. A standing jump with a transverse motion at altitude, completed by a perfectly delicate four paw landing and a wet nose in my face. His muscles work just fine.

In two years he's been the cause of much hilarity but otherwise hasn't caused any fuss in the house whatsoever. He's clumsy only when moving very slowly. As speeds increase his movements exhibit an uncanny precision.

He has faults though. Sometimes his snout will lead him somewhere that his reverse incapable body can't get him out of, leaving him subject to undignified rescue. Other times he gets tangled in his own legs while asleep and wakes himself in alarm. He seems genuinely embarrassed on such occasions.

After a year of Snoopy coming to live with us we adopted another greyhound, named Coco, which fans of the cult film The Castle will understand. Like our last child, the arrival of this one was an unplanned mystery, now filling a previously unidentified but seemingly indispensable role in the family.

I struggle to imagine ever being without a greyhound around. They represent, more than any other breed, the special but fragile relationship humans have with our best friend. A friend that is loving to a fault and too easily taken advantage of.

My two are just my dogs though, and I forget their past just as I think they do. Living the good life thanks to a good case of man-flu for which we're all very grateful.

via Why retired racing greyhounds make the best pets

No Thanks, I just want one